What s xRDP? Taking directly from the xRDP website.

“Xrdp is the main server accepting connections from RDP clients. Xrdp contains the RDP, security, MCS, ISO, and TCP layers, a simple window manager and a few controls. Its a multi threaded single process server. It is in this process were the central management of the sessions are maintained. Central management includes shadowing a session and administrating pop ups to users. Xrdp is control by the configuration file xrdp.ini.

Modules are loaded at runtime to provide the real functionality. Many different modules can be created to present one of many different desktops to the user. The modules are loadable to conserve memory and support both GPL and non GPL modules.

Multi threaded to provide optimal user performance. One client can’t slow them all down. One multi threaded process is also required for session shadowing with any module. The module doesn’t have to consider shadowing, the xrdp server does it. For example, you could shadow a VNC, RDP or a custom module session all from the same shadowing tool.

Build in window manager for sending pop ups to any user running any module. Also can be user to provide connection errors or prompts.

Libvnc, a VNC module for xrdp. Libvnc provides a connection to VNC servers. Its a simple client only supporting a few VNC encodings(raw, cursor, copyrect). Emphasis on being small and fast. Normally, the xrdp server and the Xvnc server are the same machine so bitmap compression encodings would only slow down the session.

Librdp, an RDP module for xrdp. Librdp provides a connection to RDP servers. It only supports RDP4 connections currently.

2.0.4) Save the xrdp.ini and restart the xrdp service (command is below)

2.0.5) Next, For you MPI local or distributed Users, edit the following files

STEP 2.2.0 – Pay Attention to a few things while logging in.

STEP 2.3.0 – Login process for you the secondary RDP user:

Other/Secondary users who do not need to login to an already running/existing remote desktop session. Do not enter the port number the server, leave the port setting as -1. Logging in this way ensure you will have a unique NONSHARED remote desktop experience.

The Primary or the originator of the xRDP session. Do not use SYSTEM –> LOGOUT to close the RDP session.Simply minimize the session or click the X to close your window out.

Are you aware that ANSYS recently released ANSYS 17.0? Well for you ANSYS CFD users check out the beautiful ANSYS FLUENT 17.0 GUI for Linux. If you look close enough at the screen capture you will notice that I was running one of the ANSYS fluent benchmarks.

The External Flow Over a Truck Body with a Polyhedral Mesh (truck_poly_14m) an ANSYS FLUENT benchmark.

Verify that you have the latest Nvidia graphics card driver and/or you are having openGL issues:

Uh Oh! If the output of these commands look something like what you see below:

Then please add this information to the end of the xorg.conf file and reboot the server.

Other Features of the NVIDIA Installer

Without options, the .run file executes the installer after unpacking it. The installer can be run as a separate step in the process, or can be run at a later time to get updates, etc. Some of the more important commandline options of nvidia-installer are:

–uninstall
During installation, the installer will make backups of any conflicting files and record the installation of new files. The uninstall option undoes an install, restoring the system to its pre-install state.

–update
Connect to NVIDIA’s FTP site, download the most recent driver file, and install it.

This how to install for xRDP was installed onto a CentOS release 6.7 (Final) Linux using PADT, Inc. – CUBE engineering simulation compute servers. 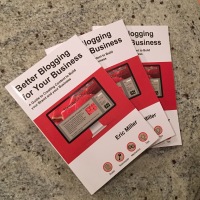