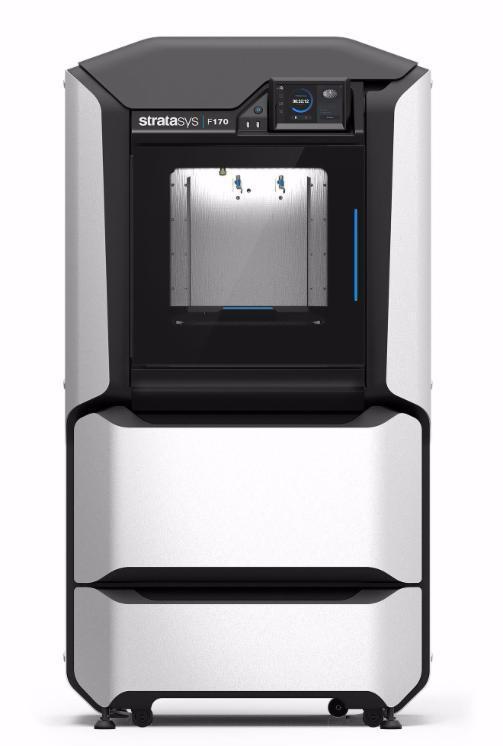 Take the Next Step!

Upgrade to the future of 3D Printing

Performance so good, you won’t believe it’s so easy to use!
The Stratasys F123 3D Printer Series demands less knowledge and experience, while meeting even the most advanced rapid prototyping expectations and needs, helping to make it the perfect machine for the classroom. This Series excels at all stages of the design prototyping process, from draft-concept iterations – to complex design verification – to high-quality functional prototypes.

Enhanced 3D printing capabilities of the F123 series include:

Join PADT’s Application Engineer James Barker and Sales Executive Jeff Nichols for a webinar that will provide an in depth look at all three machines that make up the all new F123 3D Printer Series (F170, F270, & F370).

It was my first time visiting New Orleans. I have heard many stories of how good the food is and how everyone is really nice there so I was excited to visit this city for a business trip. Stratasys Launch 2017! There was some buzz going on about some new FDM printers that Stratasys has been working on and I was really excited to see them and hear what sets them apart from the competition. Rey Chu (Co-Owner of PADT), Mario Vargas (Manager of 3D Printer Sales), Norman Stucker (Account Executive in Colorado), and I (James Barker, Application Engineer) represented PADT at this year’s Launch.

The city did not disappoint! I ate the best gumbo I’ve ever tried. Below is a picture of it with some Alligator Bourbon Balls. The gumbo is Alligator Sausage and Seafood. Sooooo Good!!

My last night in New Orleans, Stratasys rented out Mardi Gras World. That is where they build all the floats for Mardi Gras. They had a few dancers and people dressed up festive. I was able to get a picture of Rey in a Mardi Gras costume.

After dinner at Mardi Gras World, I took Rey and Mario down Bourbon Street one last time and then we went to Café Du Monde for their world famous Beignets. Everyone told me that if I come home without trying the Beignets, then the trip was a waste. They were great! I recommend them as well. Below is picture of Mario and me at the restaurant.

As you can see we had a fun business trip. The best part of it was the unveiling of the new FDM printers! Mario and I sat on the closest table to the stage and shared the table with Scott Crump (President of Stratasys and inventor of FDM technology back in 1988). These new printers are replacing some of Stratasys entry level and mid-level printers. What impressed me most is that they all can print PLA, ABS, and ASA materials with the F370 being able to print PC-ABS. You also can build parts in four different layer heights (.005, .007, .010, and .013”), all while utilizing new software called GrabCad Print.

GrabCad Print is exciting because you can now monitor all of you Stratasys FDM printers from this software and setup queues. What made me and many others clap during the unveiling is that with GrabCad Print you no longer have to export STL files! You can import your native CAD assemblies and either print them as an assembly or explode the assembly and print the parts separately.

Everyone wants a 3D Printer that can print parts faster, more accurately and is dependable. You get that with the family of systems! Speed has increased big time, they are twice as fast as the Dimension line of FDM printers. Stratasys has published the accuracy of these new printers to be ±.008” up to a 4 inch tall part and then every inch past 4 inches, you add another .002”. These machines are very dependable. They are replacing the Uprint (Uprint SE Plus is still current), Dimension, and Fortus 250 machines that have been workhorses. Many of our customers still have a Dimension from 2002 when they were first launched. In addition to the 43 existing patents that Stratasys has rolled into this phenomenal product, they have an additional 15 new patents that speaks volumes as to the innovation in these 3D printers.

Stratasys Launch was a blast for me. Seeing these new printers, parts that were printed from them, and understanding why these are the best FDM printers on the market was well worth my time! I look forward to helping you with learning more about them. Please contact me at james.barker@padtinc.com for more information. If you would like to hear my recorded webinar that has even more information about the new F170, F270, and F370, here is the link.  Or you can download the brochure here.

Let the people who write "The Focus" train you and your team. Check out our schedule or contact us to set up a class at your place or something custom.

Learn APDL with this workshop based book written by PADT's Technical Support Team. The new and improved Second Edition contains additional chapters on APDL Math and APDL in ANSYS Mechanical.

Now available on Kindle as well as paperback